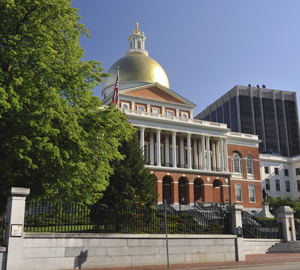 The UMass Donahue Institute, with the UMass President's Office, the Office of the State Senate President, and the Office of the Speaker of the House of Representatives, hosts the Academy for New Legislators following the legislative elections in Massachusetts every two years.

Both newly elected legislators and those elected to office during the previous term participate in this three-day event at the University's Amherst flagship campus. The program serves to prepare these officials for their new responsibilities and ensure a smooth transition into the legislature. Featured presenters  have included the University President, the President of the Massachusetts Senate and the Speaker of the Massachusetts House of Representatives.

University faculty and staff members join nationally recognized experts in their fields to deliver lectures and lead discussions on subjects such as:

Legislators and State House staff members offer valuable insights on such topics as: