Population Estimates Program
The Population Estimates Program (PEP) is the formal mechanism through which the Commonwealth helps ensure accurate U.S. Census estimates and counts. As the state’s liaison to the U.S. Census Bureau for population estimates and projections, PEP supplies critical data updates for Massachusetts that are incorporated into the official U.S. Census annual population estimates. PEP also provides technical support to Massachusetts cities and towns wishing to challenge Census counts and estimates.

Massachusetts State Data Center
The State Data Center (SDC) Program is a cooperative program between the states and the U.S. Census Bureau to make data available locally to the public through a network of state agencies, universities, libraries, and regional and local governments.

The SDC program’s mission is to provide easy and efficient access to all U.S. Census Bureau data and information through a wide network of affiliate agencies in each state. The SDCs are official sources of demographic, economic, and social statistics produced by the U. S. Census Bureau. The SDC also provides training and technical assistance in accessing and using Census Bureau data. The Massachusetts SDC maintains its own network of affiliates which it relies on to provide local knowledge and expertise.

Related to its role as the State Data Center, EPPR also produces a comprehensive economic overview of Massachusetts called the Economic Due Diligence Report for the Massachusetts State Treasurer’s Department of Debt Management in support of bond financing initiatives. Please see our Publications list for more information. 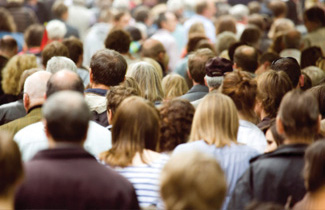 Receive MassBenchmarks, the journal of the Massachusetts economy.